The news was not unexpected and neither was the reaction. But hearing that Glyn Meyrick was in hospice with his well-spent life about to end left me just as sad as I thought I would be when a huge influence on my life fades away.

Only spent two years with him as my coach and teammate at The Ohio State University rugby club, but that kept me playing the game for the next 37 years – and a dedicated follower still.

Glyn was an inspiration to live to the fullest – on or off the pitch, in work and play.

Back in 1969, Glyn seemed the slowest back on the field but always found a way around his would-be tackler, a bit of foot work, a kick or a lovely pass outside – or a faked one. He made me believe you could play this game forever, just like this old guy, who turned out to be in his early 30s at the time.

He let us play in practice while he refereed the scrimmages. Three times a week of tackling, scrummaging and beers afterwards. Glyn could party, and his singing in his thunderous Welsh voice made me see that singing wasn’t just confined to church. The lyrics never slipped his tongue – not appropriate for church – and he knew every rugby song ever composed.

How I even made it through school is a wonder, but I sensed that dropping out, failing, would be a disappointment to him. So I stuck around to keep playing, even after I graduated. Who would want to leave?

But a job took me to another city and I remembered him saying, “You can move anywhere in the world and immediately make good friends.” Happened in Portland, Atlanta, Seattle, in New Zealand on tour.

At the last reunion in 2016 marking 50 years since the founding of the Ohio State club (Glyn was there then), a teammate who played in the 1970s after I left (but still a teammate) made some remarks after visiting with today’s OSU players. Yes, the game is more regimented, there are national teams, professional leagues and contracts, somewhere to go up in the game if you behave. And the university keeps a closer watch on them.

“They’re not having as much fun as we had,” my teammate said.

Glyn had a lot to do with that. 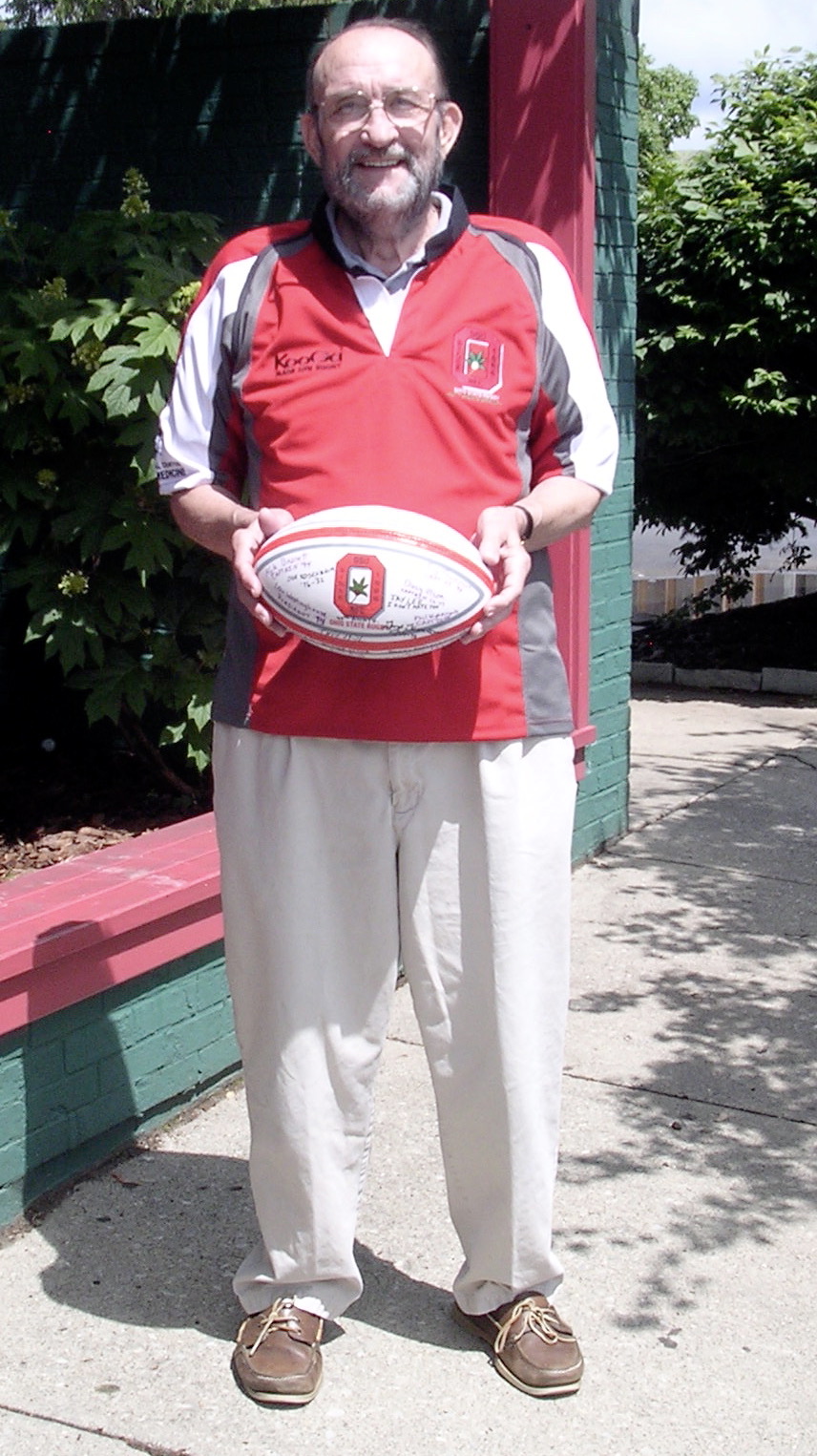 4 thoughts on “Glyn Meyrick, huge influence on my life, is fading away”