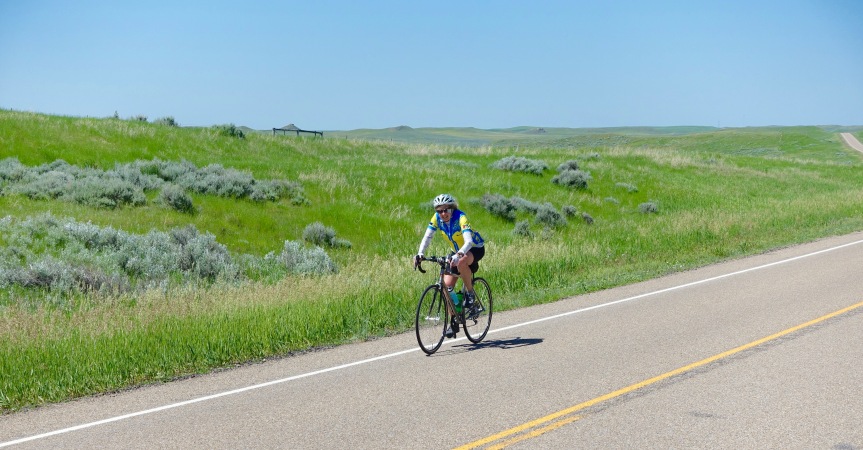 Principal Rider is also the Principal Planner for this trip, and she had made plans to stay in Jordan, MT, which did not look so good in pictures and looked even worse in reality. Although we did have a very nice lunch there in the shade of the park — and I got to use my new camping table! Thanks again to our SAG person, the truly wonderful Kathy.

Mary Jo thought that it would be more fun to head up to Fort Peck, which sounded fine to me since it meant the bikes would be in the back of the truck. So reservations were made and canceled and off we went.

We thought of riding up to the turn off to Fort Peck, but the wind and hills had taken the toll on us. So we finished with 50.6 miles for the day and headed north in the truck.

We stayed at the Fort Peck Lodge, built in 1933 as a temporary housing and garage for the 10,000 or so people who came to build the Fort Peck Dam. The lake on the Missouri River is 134 miles long, and it’s all head back by an earth-filled dam.

Because of the wet spring in Montana this year, the article in the Billings Gazette points out that it has held back more water than ever before: “Looming above the plain like a great grassy green berm, Fort Peck Dam has impounded more Missouri River water this spring than ever before — enough to cover all of Yellowstone National Park with 6 feet of water.”

We walked around the houses that have been built there in the temporary-then-became-permanent community and found them to be very nice houses and government buildings.

The lodge makes it obvious that hunting/fishing/outdoors to the rural Montana economy is huge to them. Every room is filled with trophy heads, pictures with big fish and dead deer, elk and antelope.

Somehow we had one room that was decorated with something other than the manly arts of fishing and hunting. We had a picture from the Moulin Rouge, a copy of the Mona Lisa and a Dutch masters portrait. Maybe we looked that way to them. 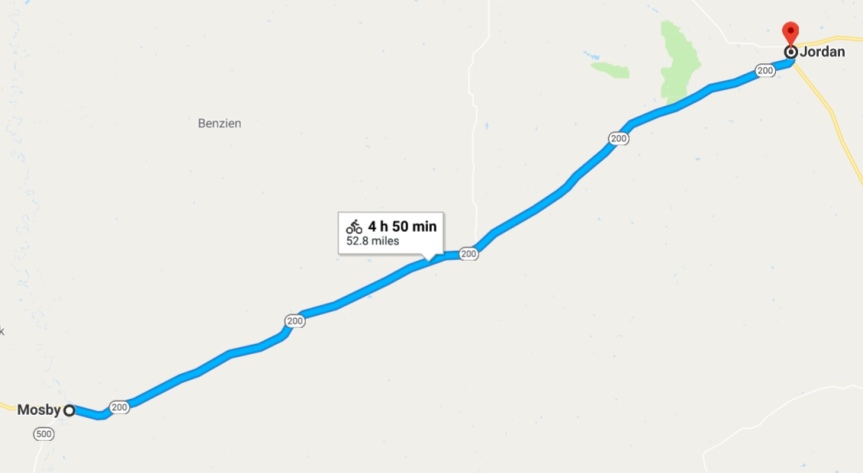 One thought on “Truck trip to Fort Peck Dam, holding more water than ever”

Australian Traveller that loves to "Roam" our globe, creator of ENDLESSROAMING.COM sharing the experience through word and photography. Currently road tripping across the USA