We woke up to rain this morning, our first day of it on the whole trip. However, using our weather apps and some luck, the bike riders avoided all of it. The app showed that the rain would end in Lisbon at 7 a.m. and in Fargo – the end point! – at 10 a.m. So it looked like we might be able to sneak in behind it and never catch up with it (as if we ever caught up with any thing).

So we trucked to the route and started biking around 7 or 7:30 at Enderlin, ND. We never had a drop fall on us. Don, in the truck ahead of us, said he had quite a rainfall hit him when he was parked in Kindred, ND.

We also had less wind today although the forecast called for 14 mph winds from the east. Mostly hit us as side winds when heading north and much less than the last couple days.

AND . . . the afore-promised table-top flatness finally showed up – like as flat as good old Northwest Ohio, where I learned to ride a bike and never got used to hills. And trees, too, finally.

Not that anyone was going to stop riding on this day, the last day of the trip.

We got into Fargo on a flat bike trail around 2 p.m. Nice lunch at the Island Park and then rode the last two miles to the motel. Loved the downtown of Fargo, had a nice dinner at the Boiler Room, which is hard to find but worth the trip, and then spent the evening repacking for the next adventure.

Doing anything in Arkansas or Utah in 2019?

The sign said the restaurant opened for breakfast at 6 a.m., and we were up at 5:30 to have an early meal and a good start on the day – maybe before the winds came up. But the signs were wrong. and it did not open until 7 a.m.

So we left Don behind to pick up some breakfast at Mabel’s Bakery and started out. Breakfast caught up with us about 10 miles down the road. It was the coolest morning yet, and the first time I rode with my jacket out. Some wind and lots of up and down – still no table tops to guide across two days out of Bismarck.

It still looked like doing all 97 scheduled miles for the day would be a possibility. That was before the wind picked up to 17 mph and blew out of the east and north. Whatever happened to the west wind.

“Secret and malign forces throbbed about us; forces against which we had no armor,” said Sax Rohmer in “The Insidious Dr. Fu Manchu,” speaking of everything that comes out of the East without delving into his racial statements.

As the winds came up, our speed came down. Never got above 13 mph the rest of the day. Thirty-eight miles down the road in Gackle, ND, we met our second and third bike riders, two Ohio students riding to Seattle. Gave them my name and told them to look us up for a place to stay when they get there in August. Hope I remember them. Just say, “Gackle.”

I abandoned the ride at 47 miles, Mary Jo made it to an even 50. Back in the truck, it seemed flatter, the wind less strong. Everything looks flat as you zoom across the landscape in a vehicle, and the wind barely seems to be rustling the leaves in the trees. Out on a bike, the topography and weather undergo drastic changes.

We trucked into Lisbon, a town of about 2,300 people that was having its “Happy Days” celebration. The motel clerk told us about the rib cook-off downtown, and we went off to judge which one was the best. Didn’t get to try all 11 of them, but I did my darned (liked Number 2 from South Dakota). Corn on the cob, too.

So here we are out with all the town’s blue-haired ladies and many kids, having a great time eating and talking to neighbors. I did wonder though about the cooks’ T-shirts at some of the stands: “If I rub your butt, you can pull my pork.” Or maybe this one: “When you get my meat in your mouth, you are going to want to swallow.”

The cook off was sponsored by the LIQ’R PIGZ Motorcycle Club, which may not be the Emily Post of refined language, but most of the cooking teams were the ones wearing the shirts.

Never one to stifle language, of course, but it did make me wonder, “Are we becoming a more crass nation?” 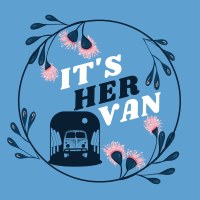